Vacuum Formed Trays, also named Plastic Trays, Shipping Trays, ESD Trays, and Insert Trays, are commonly used for packaging applications due to their lower cost tooling, ability to run thin material a large number of design features.
Thermoforming is made up of several similar processes. These include vacuum forming, pressure forming, and twin sheet forming. They all have applications with plastic packaging. Vacuum forming is used for more basic trays and is the least expensive option. Pressure forming adds pressure to the part pressing the plastic against the mold. Pressure forming is better for great detail, close tolerances, and small cavities. Twin sheet forming essentially welds two sheets of plastic together, allowing for hollow or reinforced parts. Twin sheet forming is used for skids, trays with fork truck access, or trays requiring two surfaces.
Although simplified somewhat, vacuum forming is similar to thermoforming (which produces comparable results). 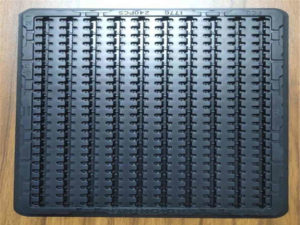 Vacuum-formed trays are used for material handling applications (i.e., moving parts or components around a factory or supply chain). They are manufactured by heating a sheet of plastic which is then stretched over a mold before being forced against it by a vacuum. Once cooled and removed from the mold, a plastic tray is produced. 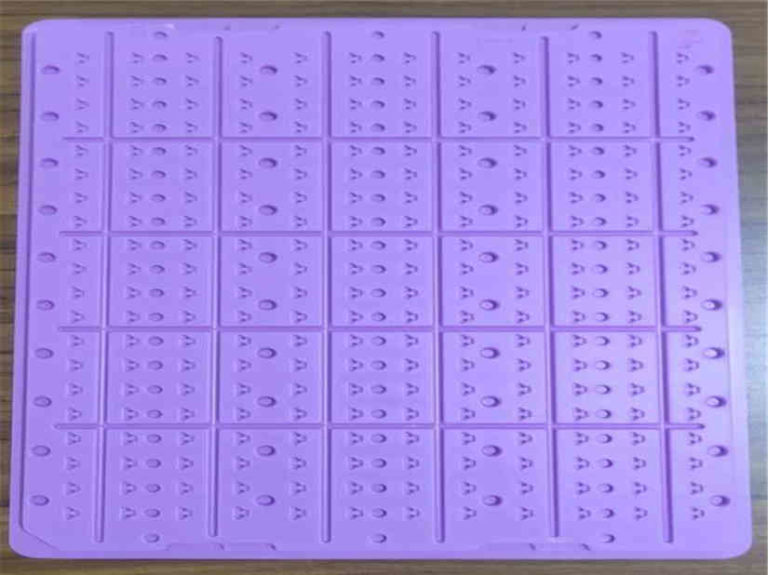 HOW TO DESIGN VACUUM FORMED TRAYS

While it is possible to source vacuum-formed trays with standard cavities, the real benefits of using vacuum-formed trays/inserts come through the range of customized options available.
Firstly, the cavities can be shaped to be a very close fit to your specific part, product, or component. This, in turn, offers additional protection to your items by minimizing any movement during handling or transit.
Similarly to this, the layout of any cavities within the vacuum-formed packaging can also be altered, allowing you to maximize the efficiency of your handling trays (effectively getting as many parts as possible within the outer container).
Tray Stacking allows for the tray to stack with no load on electronic components and parts. This is usually done with 180 degree rotational stacking or with 90-degree rotation. Undercuts can also be used for stacking if rotation is not an option.
The use of different material colors can also tie in with your company’s branding while also helping to distinguish between similar components, batches, or items.
This can also be achieved through additional molding of instructions or part numbers (something which can also be achieved with labeling).
Finally, it is possible to create anti-static trays using ESD-safe material. These are an excellent solution for the safe handling and storage of electronics. 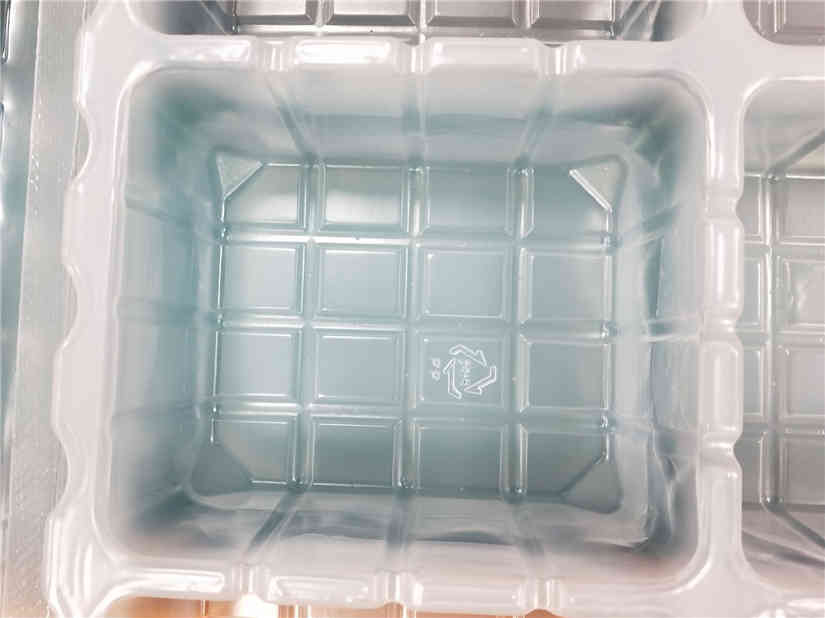 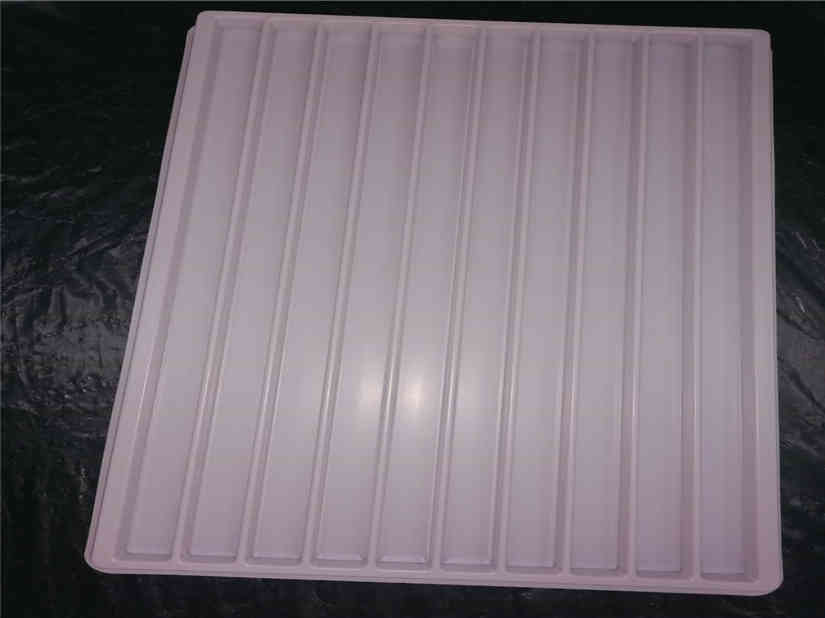 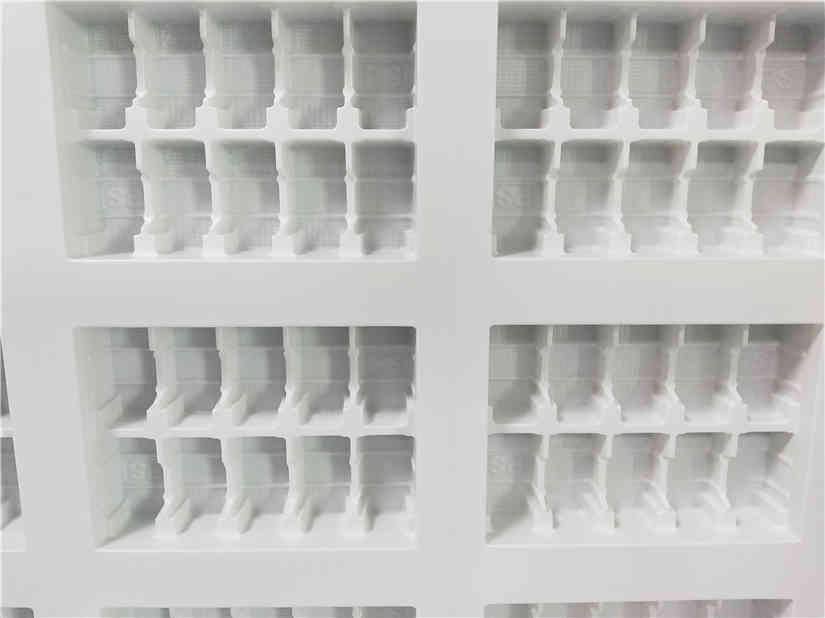 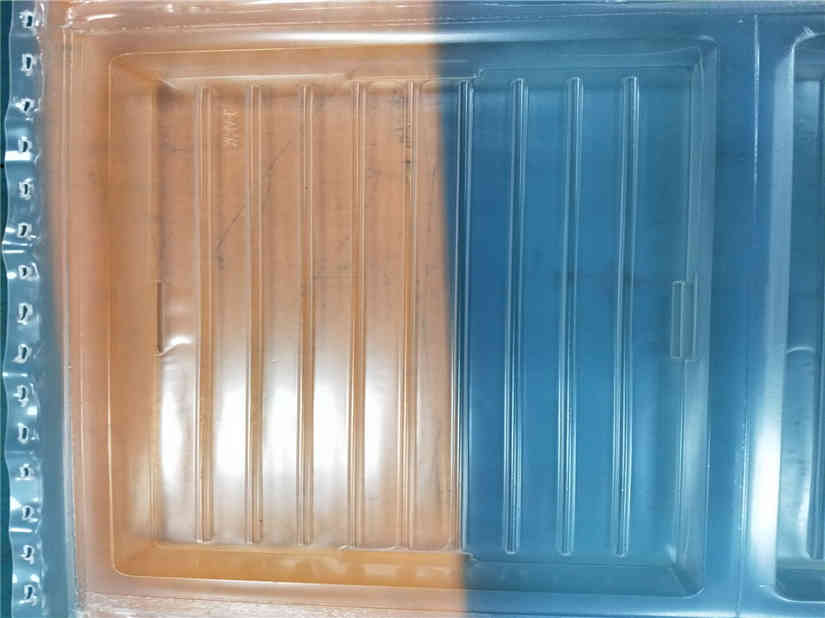 What material to choose

Material Selection is a key decision when specifying a tray. Key variables when choosing a material include, ESD requirements, impact resistance, budgetary constraints, operating temperature, chemical resistance, cleanliness with regard to applied coatings, clarity (clear vs. opaque), color, and sealing technique if applicable. 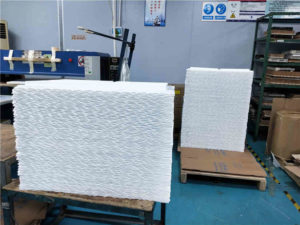 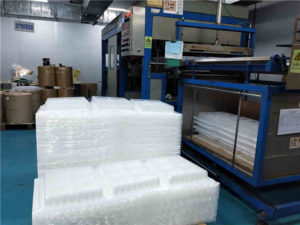 Disadvantages: 1. Generally has a denesting agent allowing trays to be separated when nested. This is an applied coating which often includes silicone 2. Due to silicone coating, may not be good option for medical applications depending on sensitivity of application

What is the difference between vacuum forming and thermoforming?

Vacuum forming and thermoforming are effectively the same process of heating plastic to a malleable temperature before forming it to a specific shape. The difference however in vac forming is the additional process of using a vacuum to force the plastic material to conform to the mold.

What plastic can be used for vacuum forming?

A number of differing plastics can be used for vacuum forming. This includes vacuum forming grades of ABS, PETG sheets and – most commonly – HIPs (High Impact Polystyrene sheets). Vacuum formed trays are commonly manufactured from HIPs.

Yes, HIPS and other polystyrene products can be recycled and this therefore minimizes the effect on the environment. Besides this, High Impact Polystyrene is cost effective to produce, meaning it’s use is widespread in the food industry.

What is the vacuum forming process?

As mentioned above, vacuum forming is effectively a version of thermoforming. A sheet of plastic is heated to a specific temperature (known as the forming temperature), and is then stretched onto a single-surface mould. The material is then forced against the mold by a vacuum.

The answer depends on what you are comparing the costs to! For producing tote inserts and vacuum formed trays, the tooling cost is significantly high. However, when compared to other tooling, such as that for injection molding, vacuum formed tools are relatively low cost.